Not a silly sausage in sight!

Whether you’ve visited a Christmas market or just been shopping on your local high street this December, you can’t escape the delicious smokey smell of sizzling sausages in the air!

We love a sausage, not just for their comforting nature but also for the huge variety. You may think of the humble sausage as the lowest of the low when it comes to meat, but they are truly multinational with almost every country having their own version!

Here are a few of our faves (WARNING: you may want a sausage sandwich after reading this blog).

We couldn’t talk about sausages without mentioning Germany, the nation famed for its enormous sausage selection! We’re not focussing on the frankfurter today, but the bratwurst, which has its own local variations. Bratwursts are traditionally made of pork and veal, and seasoned with ginger, nutmeg, coriander or caraway. 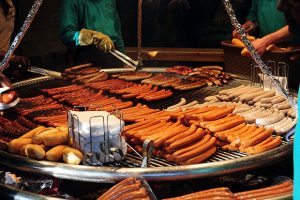 There are plenty of regional recipes for sausages all over England from Cumberland to Manchester to Gloucester, but we love a Lincolnshire sausage. The herby taste makes them stand out from their peppery counterparts with sage being the dominant flavour, ideal whether you’re putting them into a sandwich or having them with mash and gravy. 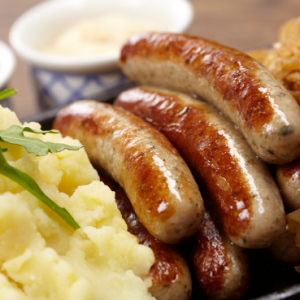 Distinctive for its smoked paprika seasoning, the chorizo is usually a cured sausage which can be eaten as it is or cooked into dishes such as paella. Through colonialism there are versions across the world in Portugal, Mexico, South America, India and the Philippines where they flavour the chorizo with indigenous spices. 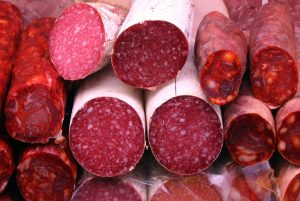 Traditionally served with “neeps and tatties” (that’s turnips and potatoes to the non-Scots), haggis is made from sheep heart, liver and lungs, with flavours and textures of onion, spices, oatmeal and suet.  As their national dish, you cannot go to Scotland without giving it a go – it might sound unappetising but the taste may surprise you! 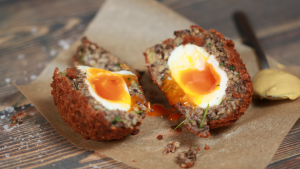 We couldn’t find a region for the best veggie sausage but we don’t like to leave anybody out and there really are some great options for non-meat eaters and those trying to cut down on eating meat, or indeed calories (yes, those bangers don’t come sin free!).  Quorn, Linda McCartney and Cauldron all have excellent options but Good Housekeeping tried and tested a selection and Tesco came out top! 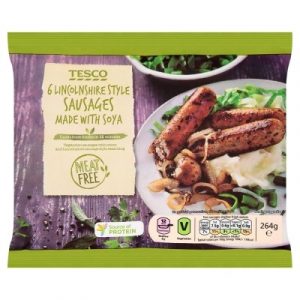 What is your favourite type of sausage?

Christmas Dinner with a Difference

Yes, it's that time of year again and whether you have a big or small family why not try something different when it comes to your Christmas dinner? Here are some of our favourite ideas to make a change at the table this year.